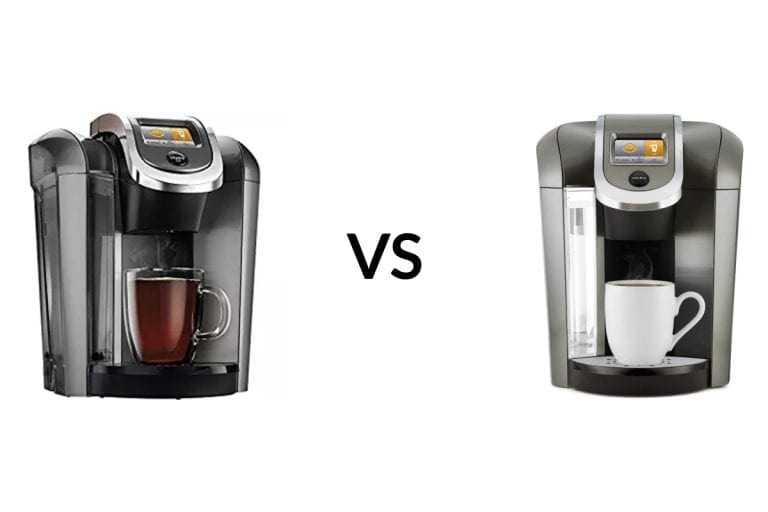 Over the years, they have excelled at providing high-quality, durable, and reliable coffee makers with many different models for you to choose from.

However, this has also led to several of the coffee makers being so similar that the differences may be quite small.

At first glance, you may think that both are the same model.

Truth be told, you wouldn’t be that far off!

Let’s take a look at both of these fantastic coffee makers in-depth. 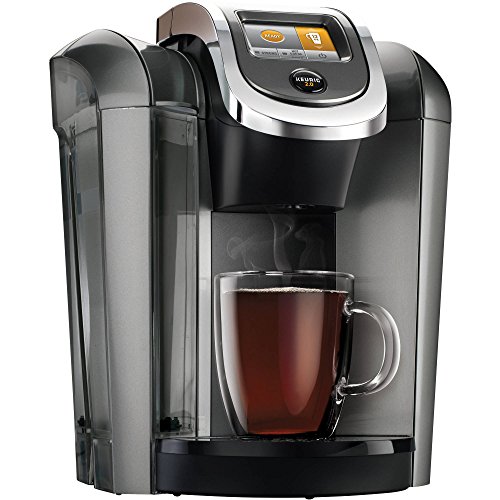 It should be noted that the K525 and K575 are almost identical in appearance.

Both are the same shape and have the same display features.

The K575 appears to be a bit smoother on the outside, but the differences are so slight that it is difficult to tell them apart.

Both versions also have the same auto on and high-altitude settings.

There are two notable differences between the two coffee makers.

The first being that the K575 comes with a reusable My K-Cup while the K525 does not.

This means that with the K575, you can use your own ground coffee in the My K-Cup instead of relying on the K-Cup pods.

The second is that the K575 comes with a water filter kit while the K525 does not.

The water filter kit removes many of the minerals from hard water which reduces the buildup of limescale, a substance that can ruin a coffee maker if you are not careful.

Pros of Both Coffee Makers

The pros of both coffee makers are considerable.

You can brew up to 10 cups back to back with the water capacity.

Plus, you can pour out the hot water if needed for something else.

While both are made to brew single cups of coffee, their water reservoir allows for multiple cups to be brewed and at the ready.

Both machines will heat up in less than a minute, and they can handle all the K-Cup, K-Mug, and K-Carafe products.

The overall taste is also quite good for both machines.

Cons of Both Coffee Makers

There is very little in terms of cons for either coffee maker since they both function in the same manner.

They both have all the advantages and disadvantages that Keurig is noted for in all of their coffee makers.

But, if there is one notable difference it’s that in hard water areas, the K575 is superior thanks to its water filtration kit.

Without the water filter, the limescale will quickly build up in your coffee maker which would mean more maintenance on your part.

Keurig K525 vs K575 Verdict: Which Coffee Maker is Better?

Both the K525 and K575 are virtually identical.

The only two additions are the inclusion of the My K-Cup and water filter kit for the K575.

If you want to use your own ground coffee or live in an area with hard water, then I’d recommend getting the K575.

If you do not want to use your own ground coffee and have other means to filter the water, then get the K525 because it’s a little cheaper.